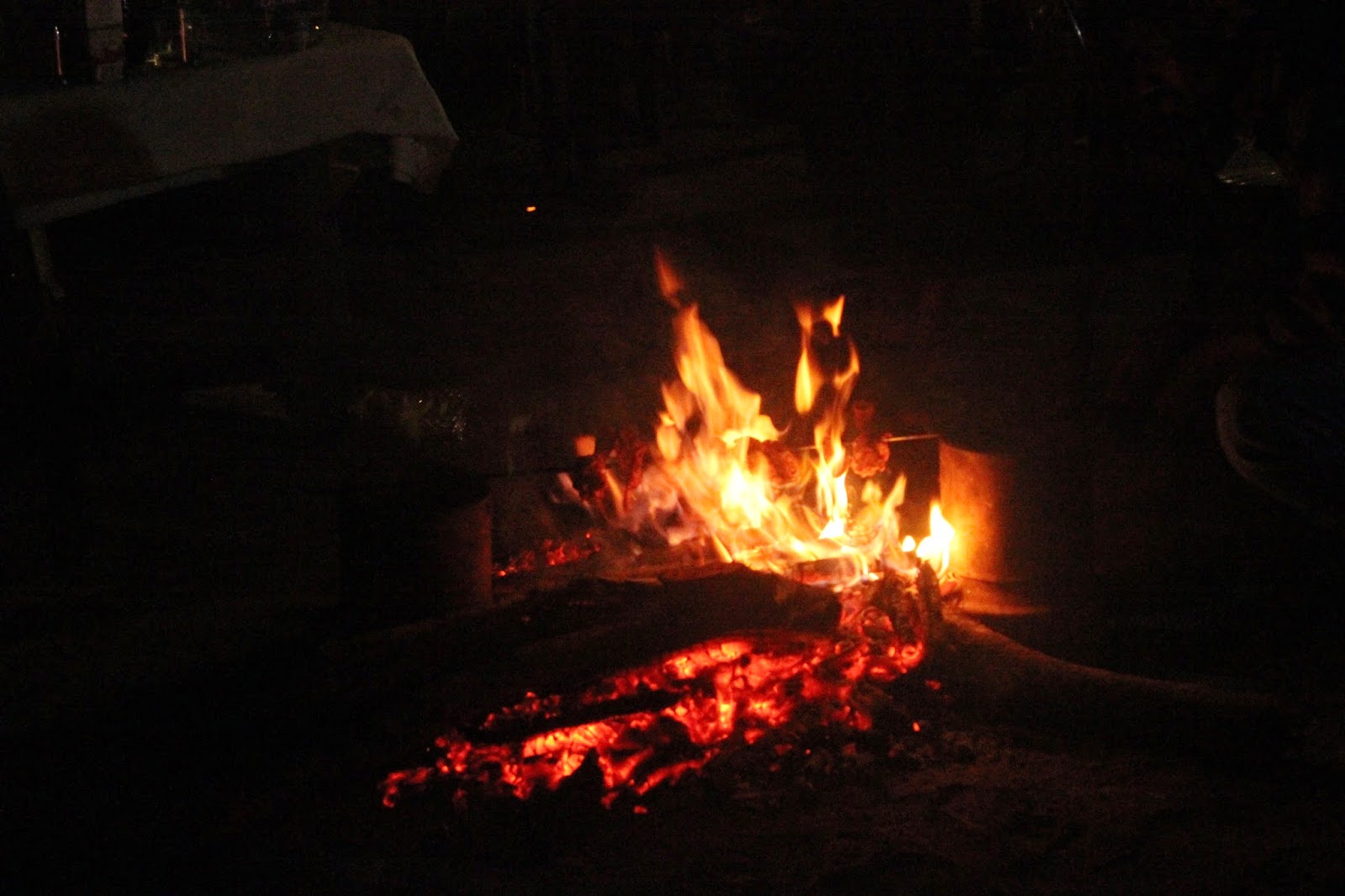 It was feverish Cold, which made my teeth make tattering sound for the chill out situation probably at 5 am . The window of the bus completely masked by the effects of dusk in the dawn. The confuse with the bus I got was, whether the one I was traveling in was a bus or else a gushing snake. It was moving here and there left and right, suddenly straight again curving towards small excavation. The was full of uphill’s, curling’s. It was a pin drop silence in my fellow travelers, including me, the boulevard was having more curls and curvatures; probably, more curves than a beautiful woman .

On one side and the only side I can look into, was through my window, after swiping a bit of water droplets on the window pane. It was a dense forest; and, by the time my eyes were stuttering to close. I somehow managed to go through the time by having a look at romantic spot and listening to equally romantic (Only for Bachelors) “Who ladki hain kaha” from "Dil Chahata hain" which was playing in my fun-book. I played the same song repeatedly at-least for not less than 7-8 times with a maximum volume that a fun-book can produce in a headphone. 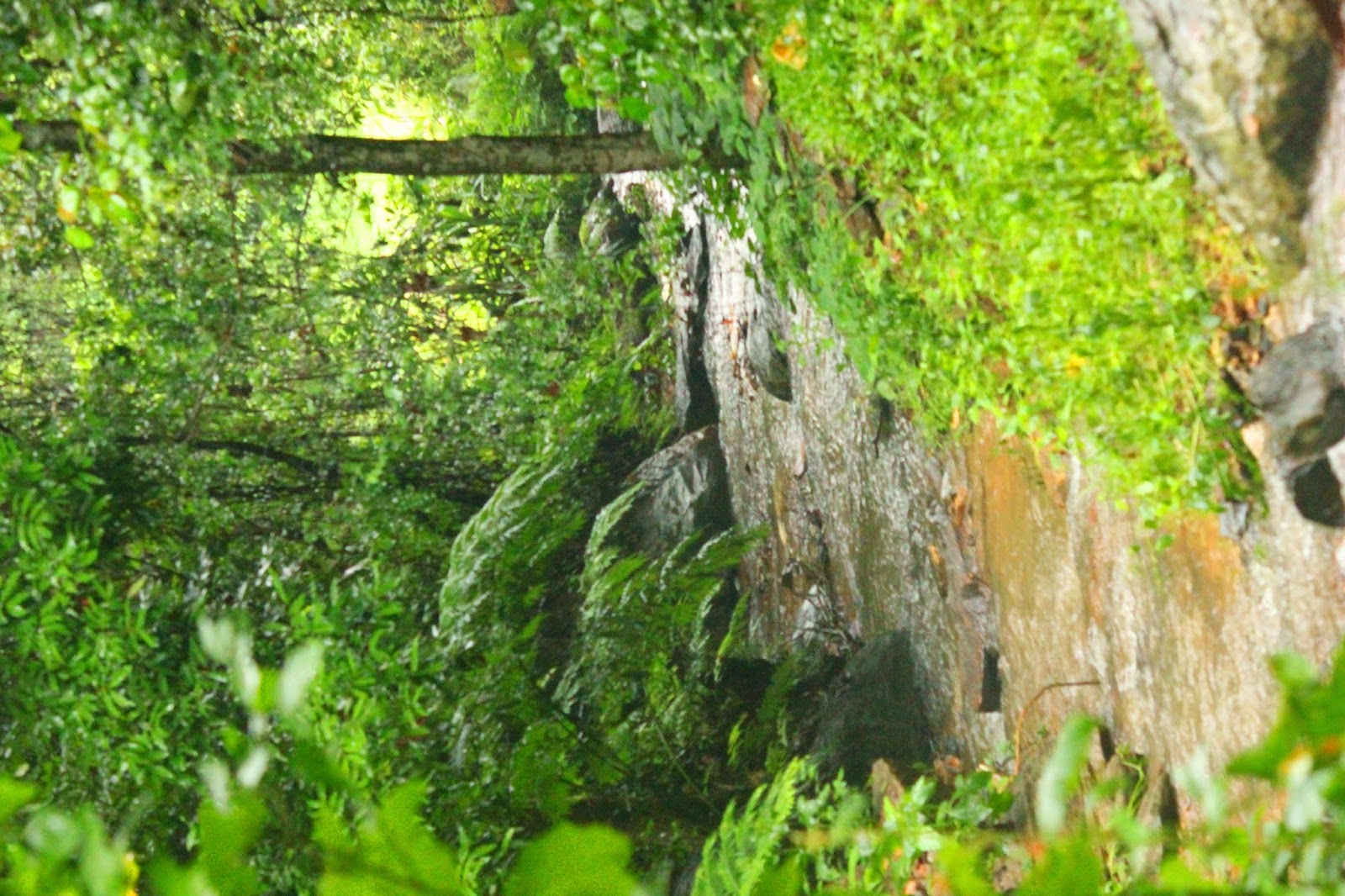 It was 6 am, the time for “Kiss of Love”. The clouds were all over the mountain and both cloud and mountain were trying to hug each other to hold the crumpet  like feeling. The feet of cloud were on mountains toes, as if a girls foot was  on a boys toes who  try to close their lips. When the scene of love was on my mind, there comes the villain, definitely not  the sun ,but the shade of green of forest  that are formed by mammoth trees kissing the sky and forming the canopy.

This shuns the main villain-Sun ; and even,  shun my view of the romantic event that would still continue to flutter in my thoughts. The vista of beauty was gravitating, crawling toward my oculars crumpled in a matter of seconds. In a few minutes the stuttering eyes close without my notice; despite, of the song that was  playing . 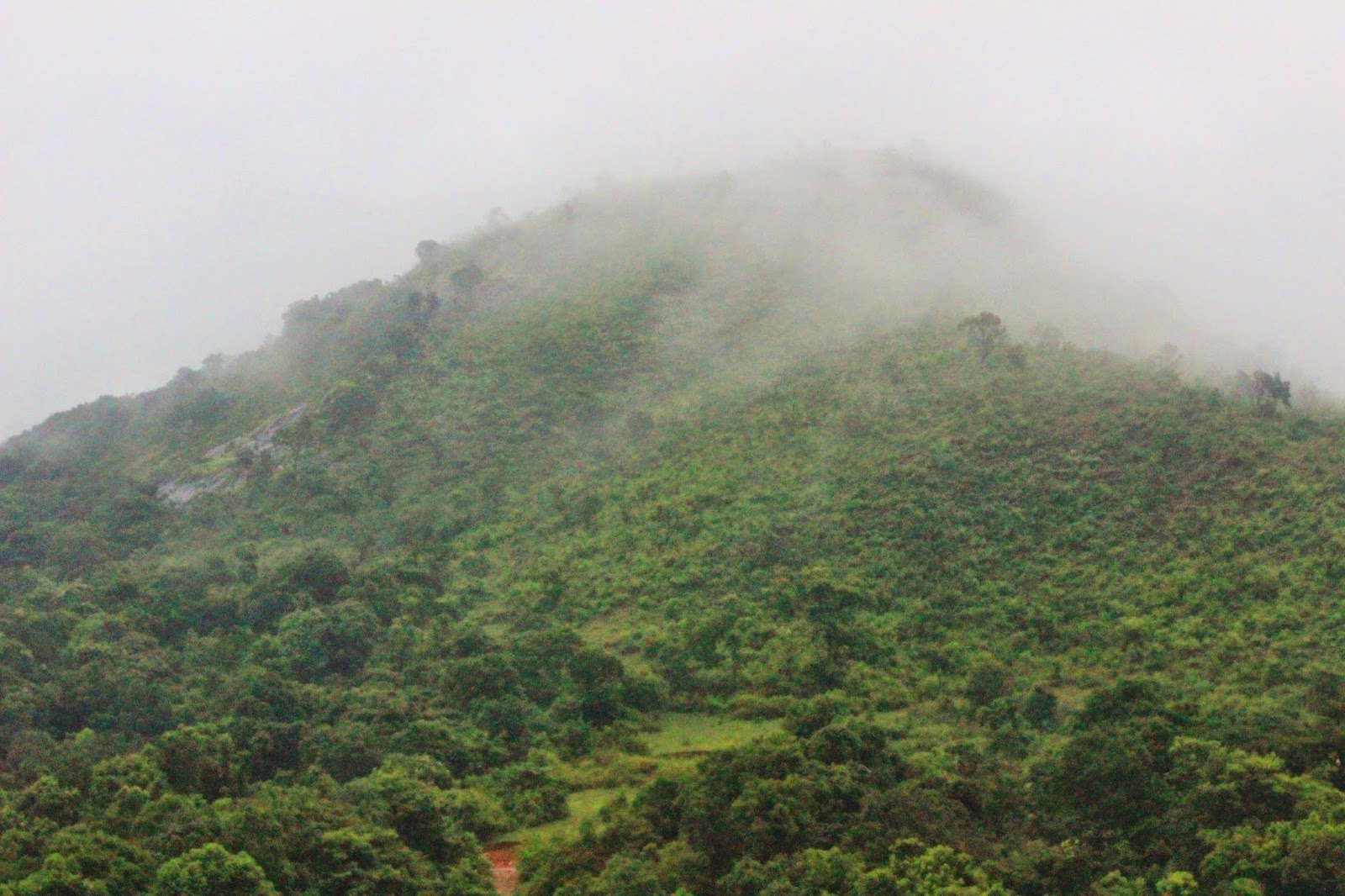 When I opened my eyes and landed my foot on the ground, It was like heaven to me. I was happy to great extent; probably, the happiness that Neil Armstrong would have felt when he landed his leg on the moon. The climate was like a ice chilled beer and I was in a forest, legs were on the leaves fallen from the trees.  The leaves were rotten by the hyphae of fungi, few bacteria and the lichens making love on this fertile jewel. Even the rotten smell of leaves giving a feel of smell of a purple stock flower.

After a few seconds, the show of mate of two natural beauties made my mind rejoice-full and scene came more nearer to my sight than I saw in the bus. The scene of the mate of mountains and clouds was nearer, my neck was in a raised position involuntarily. But this time again the view was crushed and the villain was rain . 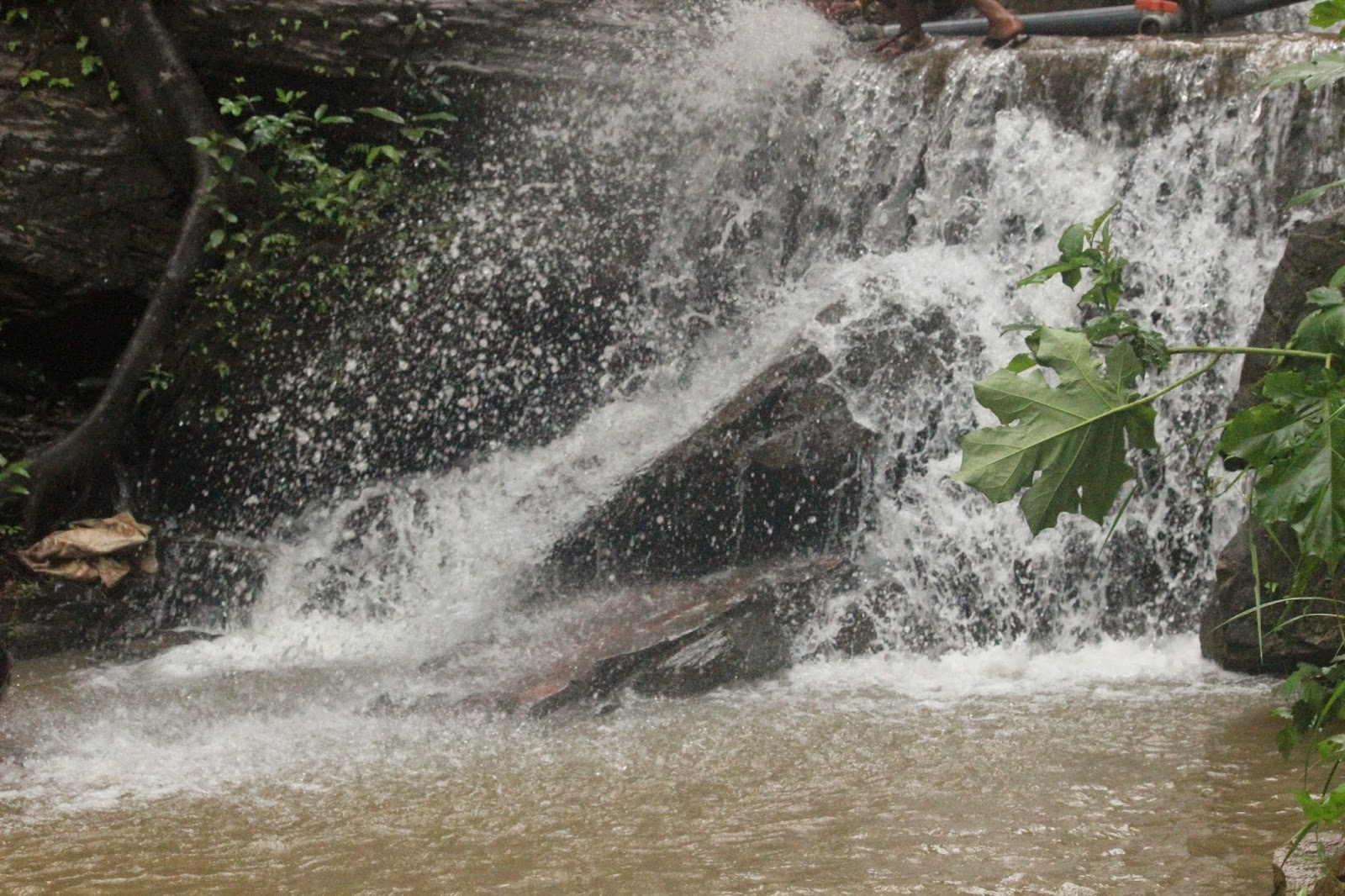 The view I was looking was missint, but what I got was “Kiss of green”. The First drop due of rain slipped from the youngest of the trees and the greenest part of it directly fall onto my smog glittered lip. I thought ,this is what everybody feels when we get a kiss from somebody whom we love and the Kiss of green stamped an evergreen memory in my cerebrum. 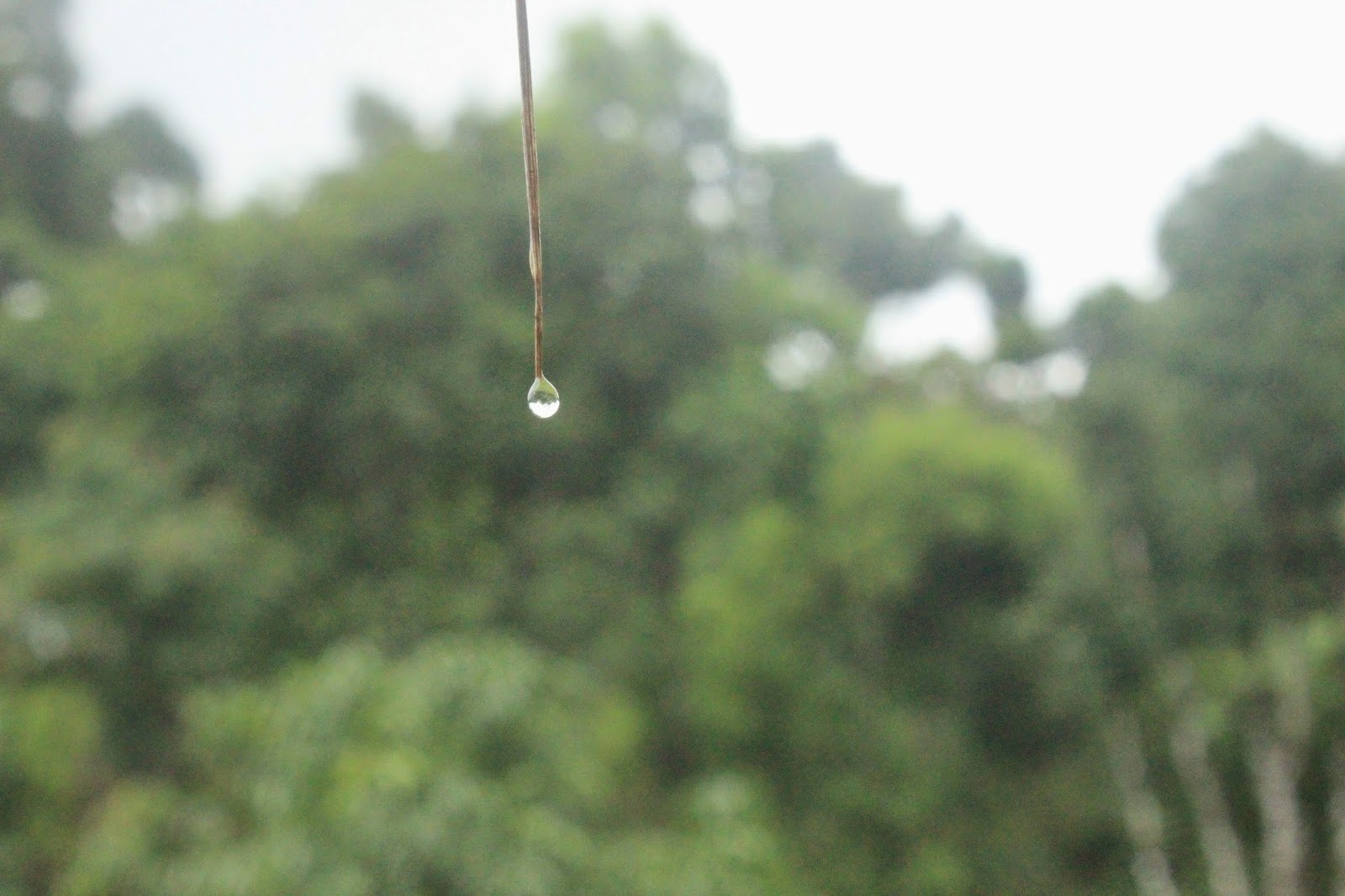