Waste is not a Waste 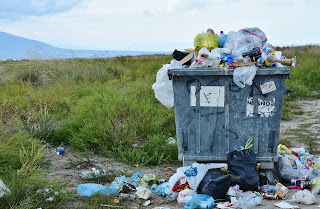 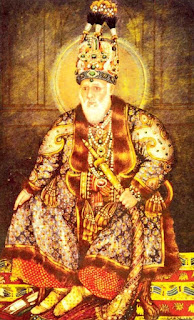 We all have studied Akbar the great, Who is called Shenshah. We have even saw the film showing his greatness of the Akbar. His rule, his glory, greatness of Mughal empire.

But I’m going to lesser known wicked face of Akbar.  Though  This is documented clearly, but for hidden reasons or say it a hidden propaganda, whatever is the reason was hidden away from textbooks.

This came to my perception in a poetry meet. The challenge was to pick the topics and write a poem on the same topic.  I was one among those who recited the poems.  But the most impressed one was written by a Hindi poet, who hails out from Kashmir. He described entire history of Kashmir in his poem which was amazing.

In his Poem he describe pre-vedic times and written Kashmir name came from Kashyap rishi who was one among the seven great saint created by Lord Brahma( According to Hindu mythology) and the beautiful lakes present in the valley.

Kashmir was the center province for Hindus, then for Buddhist’s and later transformed by Islamist's during 13th to 15th century. It was conversion of Gurez to Shia Muslim’s by Persian immigrants was the foremost reason for the Islam conversion of Kashmir valley which is now provinces of three countries- India, Pakistan and China.

He took name of Shah Mir who was the first Muslim ruler of Kashmir and then told about Habba Khatoon her beauty, her poems and her talented. He beautifully depicted the Love of Emperor Yousuf Shah Chak. He described his bravery for defeating the army of Akbar for two times. Though his army is very small compared to Akbar’s army, but it was not possible for Akbar to match his bravery.

This is where Akbar showed his black face which is lesser known to the world.  Cunning Akbar invited Yousuf Shah Chak for peace talks , but his nature of annexure turned him an emperor which we never read in our books.  He arrested Yousuf Shah Chak by treachery for the rest of his life.  He was jailed in Bengal and died in Bihar.

Habba khatoon opposed Yousuf’s travel to Delhi as she doubted Akbar’s bait.  She writes this in her poem and also tells that Yousuf was from a group of Indo-Aryan civilization which was predominantly believed in Hinduism.


When I Checked this in Wikipedia I felt this was true. Once I use to think Why revolutionaries are still terrorists in our textbook’s description of freedom struggle and this knowledge increased my doubt Whether the History we read and reading are twisted History which is far away from truth.