It were the tough six months for me; I was ravished by some bad incident, the meek towards writing became pale and numb,ideas were not flourishing through my cerebrum, days were boring, time was running on its own.

I was in a desperate hunt of refreshment- by some or the other way. Traveling in a heavy traffic in a bus at the peak time was playing its worst part on me; and, I was definitely waiting for a small change.

Time slowed me a bit, even my routine chores slowed down, but; some things changed in last one week; especially when I saw a mail from Indiblogger.

It was the invitation for the first Indiblogger  meet of the year that took on 30th Jan 2015. I was a bit happy  for  Indiblogger still remembers me; despite of being an  irregular blogger who rarely posts .


I saw the venue; It was ITC gardenia; when I searched the Hotel name in google , I found it was a real grandeur, sleek, Probably the images of the ITC Gardenia made me think of the event to be sleek.

It was my second Indiblogger meet and it was sponsored by ASUS, The session started with usual registrations. As soon as I registered, I got six to seven new blogger friends. I was pretty happy to exchange my blog details with them and to hear about their blogs. Then, I shared the table with four bloggers. including one old friend.

The meet started pomp with some great music from Anup and company, their music woke up the gathering. Then, the session of bloggers meet starting with the usual kind of games. Indiblogger events are special; as, their meetings also give entertainment.

The game made me meet a number of new friends, know their blogs, their place, work, and many more. Anup announced the game, it was to give or collect personnel belongings, but, the things you received should not be given back and the belonging you give should not be obtained back.

The great kind of experience , the game made everyone hunt for the gifts that Asus was giving. The hunt made to interact even with the unknown bloggers, many have collected the items, many thanks to the game that showed a new style to make people interact and build a team.

Next, it was the official talk about ASUS by manager Mr. Choo- who has introduced their new product ASUS EE-book laptop, the feature and cost of the product made many to ask a number of questions. 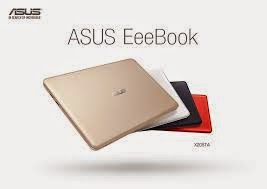 The highlight of the day was another game; the game of creating an ad to promote blogging, Anup made 4 groups and announced the rules. One group imitated Pirates of the Carribean, One remixed Scenes of Sholay, my group remixed Gangnam Style song in the blogger style.

All the members in our team given their views on blogging and its advantages,  each of us contributed to write lyrics and one guy helped everyone to learn a few simple steps. Finally an instant song has been prepared which got thunders of claps.

The Dinner was delicious; courtesy of cooks of ITC Gardenia made it a relish,  and created an environment of  the wedding reception.

After Dinner, I met Mr.Vinaykumar who has published his collection of poems: but, the special thing about the person is his philanthropy, he was giving the money earned from his to a trust called Vidyaposhak, This trust is in Dharwad.

Totally-The meet was the one to remember. Really Sleek, Meek, Witty and Infusive.