Do It In Your Way But Boost The Children

Do It your way But boost the Child 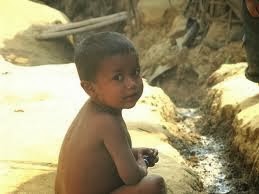 A two year child was suffering with mild disease characterized by watery diarrhea and low grade fever in a village of India is always thought as an early sign of tooth development and in most of the cases it looks right too.

Gradually the child’s symptoms turn from mild to slight severity on day one, where the child been provided with some syrups of paracetamol and loperamide which did not help. On the day two, the condition of the child turns severe with a lot of watery diarrhea and vomits until the child was hospitalized and take to the intensive care unit.

The child was provided with re-hydration drips without diagnosing, which eventually did not do a great job as well; finally, the child succumbs. The story must look so easy, but the condition will not be so different for many diarrheal infections caused by bacteria like Campylobacter,Salmonella enteritidis, Shigella, Clostridium difficle: Protozoans like Entamoebahystolytica,Giardia:  Deadly viruses like Rota virus which will be main but lesser known culprit to the world along with Adeno viruses and Astero viruses.

But these dangers cannot harm adults; because of the immune mechanism that is well developed , but not well developed in infants and children who are under five years.

It might be simple disease that prevail everywhere, but for children it is a dangerous . These disease  kill about 1.5 million children every year.

Children's health is truly dependent on its environment, and every one of us has a greater responsibility, but mother and her caretakers are crucial. 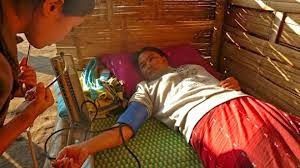 A mother is everything to a child, from the day of the zygote formation. Immunity for a  child should come from mothers placenta, where only IgG class of antibody could cross. Apart from IgG, it is IgA class of antibody that provide passive immunity through breast milk. Therefore it is necessary to take care of mother to keep the child healthy after birth. This is where, the child’s immune system should be to be boosted and it is the basement for healthy life.

How many of Indian women meets requirement that are necessary to give birth to a child? It is very stinging one, but the facts tell t most Indian women are deficient of calcium and proteins. The antibodies which are proteins  will be below optimum than required.

What can be done?
·
The School provide meals to children who are above 3 years, But what about those who are below 3? is This has to be monitored .
·
Pregnant women are taken care in hospitals only during the time of labor pain; especially, in government  hospitals on which most of the Indian population depends.
·
A scheme of monitoring pregnant women's nutritional needs can do a great job If not every pregnant women should be supplemented an artificial pill like nutrition should be produced and given by government  and charities.

If we google the facts about the infant's immune system; smoking will be visualized as a cause of child's ill health. It is one of the reasons which deteriorates both mother’s and child’s health because lungs are the weak spot in the premature baby and will affect it’s cell, hence leading to lung related autoimmune disease, diabetes, cancer like diseases.

In India; though no of  active women smokers are very lesser but most of the women are more prone to danger for passive smoking.

The simple solution is not to smoke; if not , not to smoke in the public place and in every place where a woman or child could encounter passive smoke. Despite of cigarette smoke there will be so many smokes that could give out Carbon monoxide and Sulphur-di- oxide which could affect the leucocytes in the blood of humans. These have to be monitored by just avoiding the smoke of vehicle “Travel in a public vehicle” dispose the factory chimneys by innovative  strategies.

Though the vaccination in India is proving effective in doses of OPV, DPT, MMR, BCG because they are free of cost and available in all possible hospitals; but, most of the vaccines like Hepatitis,Rota virus vaccines could not even reach rich  people because of lack of awareness. But from May  2013 Indian scientists proved an effective vaccine for Rota virus named as “Rotovac” which is available in the market at the cost of Rs.50 which was around 1000 before.

What we can do is spreading the message through social networking and other sources because lack of awareness is the major cause for the failure of these vaccinations; which, otherwise could save millions of children in India.

“Clean environment is the Safe Environment” Making this a motto, it can  look simple but works wonders. 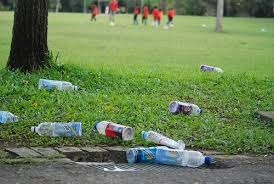 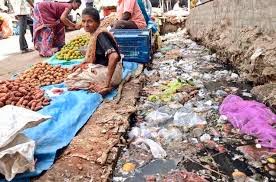 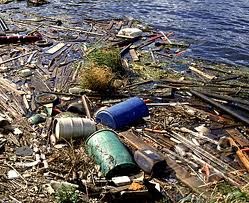 Though doctors are not really responsible for children's health directly, but they are the media that can impact people of the country like India; because, people believe only doctors. Doctor’s should study the microbes thoroughly which they do only for academic purpose . Pressure to the doctors to give antibiotics often may leads to multi drug resistance which is dangerous for the future and doctors have to avoid this. 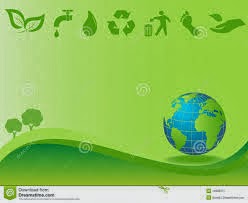 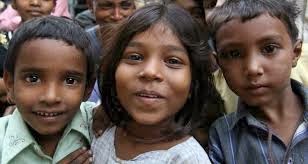 The blog below is content of the website of "Ranga Payana" theatre group which is been translated  from kannada.

What is the disagreement in the lightening smile of innocent hearts? In the barrack marking famishes and pain, hundreds of dreams.  Ample of examples for those ingenuous hearts, guiding their simple life, blending themselves with one’s and all with no demur.   Trembled in meaningless satire observances .Unbearable life of these children startled us. Miserable exploitation, leading to un-happiness in their lives. Battling for pin-money, giving up their schooling for those tiny chores, not acquiring a good job, dreadful their futurity, without position, deprived of the valuable thoughts of life. Ironically even today this is a question…

Though the complexion of Topsy-curvy insecurity and suppression varies. In these cities children suffer loneliness, struggling from fascism of parents and small families, suffocated schooling and lessons, punishments, every prevailing loss and disgrace. Significantly the children who are under pressure of competition, who are scoring marks for someone’s happiness suffer a mental drawback. Children who are deprived of opportunities, quarantined their schooling, enrolled themselves in money making and unusual activities. Children who dream of school serving their family as child labor, children of unusual mentality prevailed around us. Encouraging backward, needy children’s education. And there by kickoff the basement for future. we are the responsible for children physical and mental stability. In order take off initiation “Ranga Payana” journey from darkness to luminescence.

Our motto is to encourage education, to spurt up the repressed child, to bring the labors, slum children, blind children to the main stream of society from darkness to luminescence by conducting adventurous camps, theater activities mental ability classes.  Providing free schooling, providing books and building libraries.

Come let’s put hand together and move in “Ranga Payana” journey from darkness to luminescence. 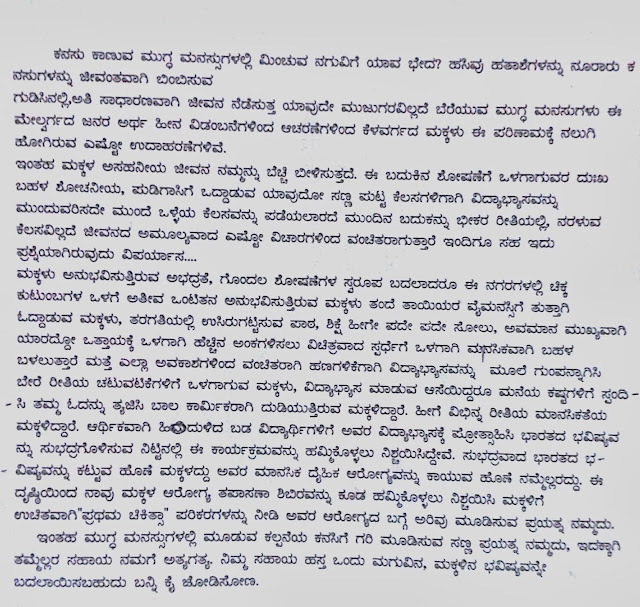