Problems are not Problems- A story promoting eye donation

Problems are not Problems- A story promoting eye donation 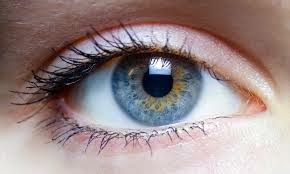 I was standing at A B Vajapayee bus-stop at Jayanagar 9th block Bangalore; and, waiting for 60A bus to go to Vijaynagar. The time was 1 pm and astonishingly, it was a very hot day out in Bangalore, despite of heavy rains previous day. I was famished, devastated and was in a mood of depression as I failed in a job interview.

Two years passed after completing my post- graduation in microbiology. I failed in getting a job that would fetch me the life ,which was really a matter of worry for me. After waiting for 30 minutes, the bus came but unfortunately it was a Marco Polo AC bus. I was having 30 rupees in my pocket and my account was devoid of minimum balance.

The head was drilling in frustration, I went to the conductor and asked the fare to travel Vijaynagar on AC bus, and the lady conductor harshly answered, “Rs 25 to Vijaynagar TTMC”.  “The bus will not move an inch at-least for 20 minutes”. She came hardly at me like a wave of Tsunami came suddenly overnight on the shores of the Indian Ocean.

I sat in front seat waiting for another bus to come for Vijaynagar . No other bus, not even to other places arrived at the bus stop which was rare as the  buses doesn’t make the people wait for a longer period of time.

After a heavy period of 20 minutes, driver and conductor came, and the bus was on the go. There were hardly 4- 5 passengers in the bus, and I was in the front seat which usually are reserved for ladies, but not in Marcopolo and Vajra  buses.

Exactly opposite to my seat there was an empty seat. As a boy of 25 I was waiting for that seat to be filled with a beautiful unmarried girl, to pass my time and to make my eyes cool. I imagined beautiful women sitting beside and opposite seat.

The next stop was Dairymilk double shots for me, half the bus filled and three beautiful girls among those who entered the bus, one beside my seat and two opposite to mine.

All wearing tees and jeans, three of them fair enough to watch and rejoice. With a beautiful white skin and good physique they wake up any men’s feelings. I was a bit relieved, and my mood changed a bit. “Ahh,  finally something to rejoice” but still failure was crooking my encephalon, the negative thoughts were in momentum. Blaming my fate, with a five rupee coin in my pocket, I got frustrated as kings cigarette’s rate grown to 8 rupees.

Stomach was squandering as if a rat is running vigorously than ever. Failed interview, thirty minutes of brain storming emptiness in bus, hot and humid climate, conductor’s harsh tone, and to make it worst the AC was off.

I felt I was squeezed again and again. I was in a veil of somber. I thought “Why God is giving me this much torture”? “Why I’m always a loser”?  Why, Why and Why’s? Continued hitting my brain, even the girl’s beauty forgotten by these idle thoughts in the brain.

The bus arrived in Jayanagar 4th block bus stop, all three girls get down to end a slight rejoice. The place was filled by two more ladies ; whom I was watching keenly from the time they step into the bus, one a mammoth sized fat girl and other a blind. By the time I was watching both of them, my attention turned a bit on them.

The bus left, and the conductor came to issue a ticket.  The blind girl took out a paper which was normal daily pass, the conductor’s voice raged at blind girl, she shouted “this is a normal bus pass and this will not run here “Take the ticket otherwise get down here, can’t you ask anybody before landing on the bus”. The conductor lost humanity for a second, but allowed her to travel to the next stop after commanding her in a big tone.

While these conversations taking place, fat lady beside the blind girl opened her purse and took two tickets saying one ticket is for the blind girl. The Conductor not objected, she issued two tickets to the lady.  The blind girl thanked her in a shy-full tone, but the fat lady resisted and said “Sorry for giving wrong information, It was me who made you land this bus”.

The blind girl replied “ No No , It was me who has asked you to show 60 number bus; but, I have not clarified you about the kind of bus, and it’s my mistake “and they continued resisting each other. I realized the blind girl wanted to travel in a normal 60 bus and asked the fat girl the bus number, but unfortunately she landed in an AC bus.

They continued each other’s conversation as they both were going to Vijaynagar TTMC. Fat girl promised her to drop the blind girl till her home. When all this conversations ended, I started thinking of my problems for a second and again turned my attention towards them.

Blind lady was telling to fat girl “  Problems are not the problems and the blind girl opened up my eyes with her words while conversing with that fat girl.

“Madam, I work as a teacher in a school and travel daily from Vijaynagar to Jayanagar . Today I took a leave for half day to attend a free eye testing camp held at rotary club".

"Today I realized, the blindness in me to be remained forever, My eyes cannot be changed even if someone donates. My eyes are having problems beyond cornea, otherwise I would have a chance to see the colors of the world. There is no chance of getting eyes in any means”.

She wept a bit and continued

“Madam,I have not lost the battle, I see the colors of the world in my student's words, In my colleagues love, in the humanity the people show for me, I request you to donate your eyes ,so that the blind like me who just have corneal problems will get the new life; any how, I thank god for this beautiful life he has given to me ".

Her words were like a preaching to me, all the negative thinking in me washed out. I realized the truth regarding problems, coming home, I opened the internet and searched for online eye donation and donated my eyes, read about eye donation and decided to promote the Eye donation and written this article.

Hope this article will make you donate your eyes, even if you have already donated your eyes implement it, tell about eye donation to all your friends, relatives, colleagues. This article is a tribute to the blind teacher who eradicated my real blindness. 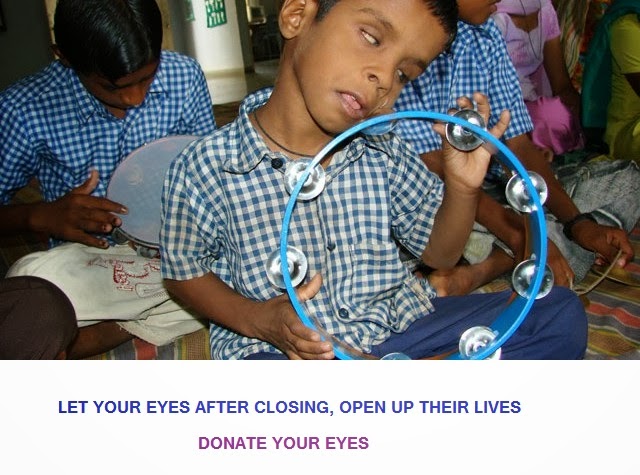