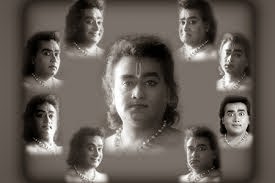 Vasu has done his engineering degree in a private college in Bangalore. He got a seat after passing entrance exams with difficulty. He got 40000 rank out 50000 rankings given by the entrance cell . But; anyhow , Indian system of reservation reserved him a seat of a prestigious institute; in-fact, one of the top in India . It was here the game of Stroke and Fluke was started to Vasu.

Fluke for getting a seat in top college and stroke of  the pressure build on him to be  as a champion in a champion college. First semester; Vasu passed exam with first rank from last, next semester two of his 6 wickets down for a very little score of 55. It means he scored 55% out of  the subjects he passed. Like this, he entered his branch subjects in 3rd semester.

Semester by semester, his agony continued; and, the list of his backlog subjects increased with prolonged time. By making chits and cheating, he passed a few subjects, but for his misfortune, he was caught and his pride was thrown in dust while studying his 4th semester.

His good times started when  he started hard and he passed all his backlogs to successfully complete his engineering degree.

After passing out from college, he attended several interviews, tried backdoor entries; but, it was not possible for Vasu to taste the success of the job.

Vasu initially not even got the opportunity for clerk like jobs. Vasu blamed his fate for choosing engineering, for passing it with difficulty, he thought he would have got some small profile job for a lesser qualification . 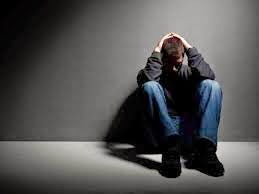 One day, he got a call while he was sleeping in the noon, he got irritated as he thought it was a call from mobile service provider.After 10 minutes  he again got the call  from the same number which was irritating to Vasu.

Mr.Vasu got up and started thinking about the number. His cerebrum started thinking and he realized that customer care people will not call the same number for two times. He thought it was Job agents, but again he thought that job agents call very frequently until the call is attended. After giving a bit more work to his brain, he slept back. 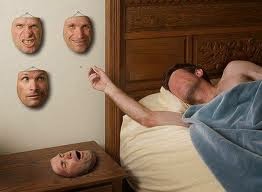 After the gap of 30 minutes he got call from the same number; but, this time Vasu picked the call.  It was fluke as the call was from the placement officer of his college.
After conversing a very few formal words, Vasu was told about the interview to be held in the college from the reputed MNC.

Vasu’s sleep ran-away like a leopard, He got up and washed his face and packed his bag to run to Bangalore to fight for the job. He took a few materials to study while traveling.  It was 5:30 am, the next day when he reached Bangalore. He went to his friend's room that was nearer to college.

Vasu got ready, but in a hurry, he left taking print-outs of resume; and, there were no photo copies of his educational certificates. Vasu stuttered to begin the day that he thought  shall be the lucky day for him.

The interview was at 10, and the time was 9, Vasu luckily got a Xerox shop opened at 9.  He has given all his certificates to photocopy.

Shopkeeper kept his marks-card set on top of Xerox machine where machine automatically engulf the papers, take a scan of the document and give back the originals and photocopy in separate outlets.

But,Vasu's fate of tough luck was playing its game.  The un-expected stroke was pain-full for Vasu as the machine engulfed the marks-cards, but given back the folded damaged marks cards . Vasu shattered for machine spoiled his marks cards and his life indirectly.

Marks cards and other original educational documents are the only property of the Jobless graduates who are in search of jobs.  Vasu’s lonely properties are damaged in a matter of seconds and  he wept for his dream of a job  would remain a dream again. Thinking all the possible negative thoughts, Vasu  with no other option folded his mark sheets and kept them in pocket to face interview.

He cleared the aptitude test, then technical round. The problem arose when Vasu was selected for HR round. He entered the interview room with his empty hand. There was no file, documents, resume and nothing in hand.

He entered the interview room like a brat entering exam hall without hall ticket. When Interviewer asked the marks cards. Vasu open the folded paper pieces from his pocket. The interviewer was shocked to see those pieces of paper and inquired Vasu about marks cards in a commanding louder voice.

At last Vasu folded up his fears and braved his mind, he told the entire drama that took in xerox shop. This is where his fluke shocked the strokes, HR believed and given him the job. Now Vasu is working as a team leader in an MNC with well settled life with family.

The game of stroke and fluke tumbles fumbles, gambles, but surely it will lead us to earn the pearl.